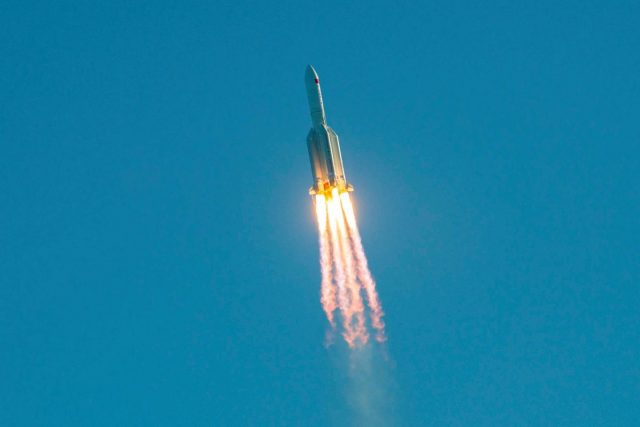 On May 5, 2020, the Wenchang Space Launch Center in Hainan, China launched into orbit the Long March-5B rocket with an unmanned prototype spacecraft. It weighs nearly 18 tonnes, and is recorded as the fourth biggest ever piece of space debris to fall uncontrolled back to Earth.

The object fell directly over Los Angeles and New York City before finally landing in the Atlantic Ocean on May 11, 2020.

“For a large object like this, dense pieces like parts of the rocket engines could survive reentry and crash to Earth,” states Jonathan McDowell, astronomer at the Harvard-Smithsonian Center for Astrophysics. “Once they reach the lower atmosphere, they are traveling relatively slowly, so the worst case is they could take out a house.”

The US Department of Defense confirmed the object’s reentry in the Atlantic Ocean just off the coast of West Africa.

Crypto and dApps Join the Fight Against COVID-19