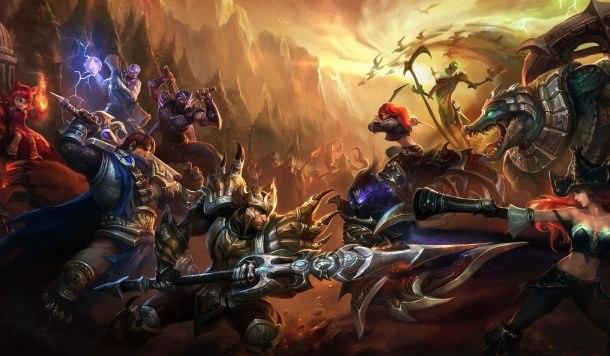 Playing video games is a time consuming hobby, more so than any other. You can spend over a hundred hours in a game but still have only scratched the surface of its potential, especially with competitive multiplayer games.

In these games that pit you against other players, you spend a lot of time practicing and honing your skills so you can best your opponent. It’s something that has you easily spending thousands of hours of your time for something that, in reality, sees no concrete return on investment, other than a feeling of victory. Sure, it feels amazing to beat an actual person in a game, but what if there was something more you could get out of your time, such as earning money.

With most MOBAs, the only way you can earn money is to either become a pro-gamer and get signed with an eSports team, or sell non-unique assets, such as skins or in-game items. The first is a highly unlikely outcome and something that will require you to spend even more time practicing in the game than you already do initially, while the latter is a system that is controlled by a small few and is dependent on randomly obtaining the skins or items. But, what if there was a MOBA that turned your wins into profit, essentially a play-to-earn game.

Well, there is such a game and it’s called COBA, an upcoming dApp where players can earn by winning. In the game players can stake a certain amount of Spyce — the cryptocurrency used by COBA — and then the winning team takes home the pot, essentially doubling their crypto tokens.

Another great thing about COBA is that since it’s a dApp and uses blockchain technology, all in-game assets you purchase are 100% owned by you, no ifs or buts. Once you own one of the in-game assets, you can do whatever you want with it. Aside from playing the game, you can sell the asset to other players and even gain profit by doing so.

Since Each asset is unique and there are only a certain of number of them created on the blockchain, what you do to the in-game asset only adds to its uniqueness and thus gives you the right to sell the item for a higher price.

Currently, the game is still in development and slated to come out sometime this year. In the meantime, COBA has a pre-alpha demo available so you can get a taste of what’s to come. Make sure you’ve downloaded the Osiris browser though! They also have an upcoming beta that you have to sign up for and purchase a hero for eligibility.

You can check more out from COBA with the following links below:

A historic win for cryptocurrency investors in India

Zigazoo is the new “TikTok”for kids