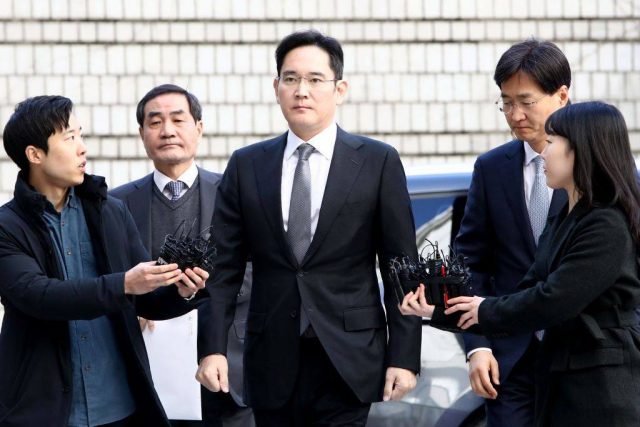 An arrest warrant for Samsung Group’s anointed heir Jay Y. Lee and two other former company executives has been filed according to South Korean prosecutors as part of a huge investigation into an alleged accounting fraud and a controversial merger that has shocked South Korea.

In May, Lee appeared before prosecutors as they questioned him about the merger of two Samsung units. Prosecutors suspected that the value of Cheil Industries, an electronics materials provider, was intentionally inflated before the 2015 merger with Samsung C&T, Samsung Group’s de facto holdings company, to attain a favourable rate for the Lee, who at that time, was the biggest shareholder in Cheil Industries.

Critics argued that the merger resulted to Lee being the largest shareholder of Samsung C&T which made his succession from his ill father easier.

The prosecutors also claimed that Lee had bribed former President Park Geun-hye to secure government support for the merger of the two affiliate companies in 2015. This scandal led to Park’s impeachment in 2017, as well as a sentence for a 25-year prison term over bribery, abuse of power and embezzlement charges.

Lee has denied all charges, and Samsung has had no comment on the matter to date.

Apple AirPods Production to be moved to Vietnam