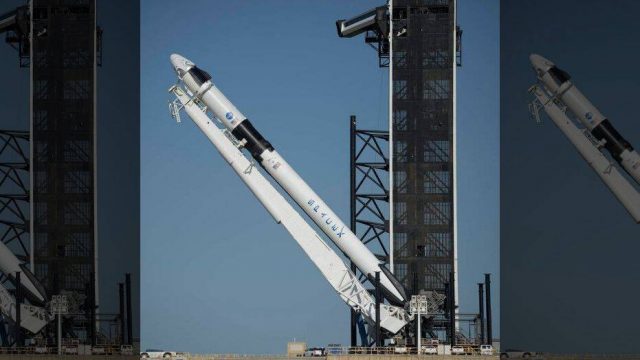 Elon Musk’s SpaceX has always aimed to defy expectations – and this week it will make history by ferrying two NASA astronauts into space, the first crewed flight from US soil in nine years.

Among the spectators at Kennedy Space Center in Florida to witness the launch will be US President Donald Trump. The general public can watch via livestream as Crew Dragon is launched by a Falcon 9 rocket toward the International Space Station.

On Wednesday May 27, a SpaceX Falcon 9 rocket is set to take off from Launch Pad 39A with the Crew Dragon capsule at its top. The capsule is to be crewed by Robert Behnken and Douglas Hurley, both veteran space travelers. Nineteen hours later, they will dock at the ISS, where two Russians and an American are waiting for them.

However, if weather forecast continues to be unfavorable, the next launch window set is for Saturday, May 30.

Despite this ambitious projects, Musk has other items to tick on his list, as he is building a huge rocket, Starship, to circumnavigate the Moon- and to travel to Mars and make humanity a “multi-planet species”.

A Large Uncontrolled Space Debris Fell Down to Earth